I was so jazzed when I got the email from Gary Theisen at Revel Coffee Roasters in Billings, Montana that he had received a 95 point score from Coffee Review for his roast of the GuatemalaGuatemalan coffee is considered a top quality coffee producer in Central America. Due to our proximity to Guatemala, some of the nicest coffees from this origin come to the United States. : Guatemalan growing regions Acatenango GeshaGesha is a long-bean Ethiopia selection with unique cup character.: Gesha (often wishfully misspelled as Geisha) is a long-bean Ethiopia cultivar selection with unique cup character. It is most famously grown on the Jaramillo plot from Shrub. I knew it was a beautiful coffee, but I’m a staunch believer that these coffees have to be actualized. Gary was one of our very first regular Shrub customers, so I was so grateful that he was kind enough to send me his roast of this coffee along with a roast the Ethiopia

Ethiopia is the birthplace of coffee: it is in the forests of the Kaffa region that coffee arabica grew wild. Coffee is "Bun" or "Buna" in Ethiopia, so Coffee Bean is quite possibly a poor DP Yirga Cheffe Konga. Both roasts completely blew me away, seriously, especially his roast of the Konga which was so sweet forward and balanced. It was easily the best roast of a dry processed coffee that I had had in a good long while. Naturally (apologies) I wanted to talk to Gary about roasting

CS: What got you into roasting?

GT: I started my coffee journey, albeit at the time with copious amounts of cream and sugar, when I was 2-3 years old. I had asthma growing up and coffee can function as a bronchodilator; so my parents often indulged the 5 year old who ordered coffee at restaurants partly because of the reaction he got from the waitresses. Given my proclivity to coffee, my first job was naturally at a local coffee roastery/deli. I didn’t even know you could roast coffee at home until an elderly man came in asking for green coffee to roast on his popcorn popper. It wasn’t long before I had to give it a try – which I did in my parent’s oven while they were gone. After flooding the house with smoke I invested in a popcorn popper. Though it was a popper with minimal control, the coffee was still noticeably better than anything I ever had. So it started with a desire for better tasting coffee and it became a hobby/craft. I tend to be drawn to solitary crafts – like roasting and golf – they are similar in learning and practicing a craft through trial and error while assessing the results. Nothing better than nailing a sweet roast/tee-shot. 🙂

CS: What roasting equipment have you used?

CS: You sent me the Ethio Konga DP, what was your approach to roasting this coffee?

GT: On the 10 kilo gas roaster, the larger differences are a bit lower charge temp and I tend to sneak up on first crackAn audible popping sound heard during roasting. In coffee, one refers to "first crack" and "second crack," which come from two different classes of chemical reactions.: An audible popping sound heard during roasting. In coffee, as it can progress rather quickly in the roaster. A nice vigorous first is good as long as the temp is reduced – I want to draw out first crackFirst crack in one of two distinct heat-induced pyrolytic reactions in coffee. It is distinguished by a cracking or popping sound in the coffee, and occurs between 390 and 410 degrees Fahrenheit in most coffee to develop the sugars a little more and introduce a bit of balanceSuggests a harmony and proportion of qualities, and implies mildness since no one quality dominates.: Balance is both an obvious and slippery taste term. It implies a harmony and proportion of qualities, and perhaps a to the cup.

CS: You also sent me the Guat Acatenango Gesha, did you use a similar approach to this coffee, if not, what was your approach?

GT: I roast this coffee on the 2kg electric. My 2kg is a positive pressure electric drum roaster, which is completely opposite of the 10kg and requires a different approach. For this coffee – I let it coast. I like to hit first crack at the ten minute mark and I shut off the elements. The residual heat in the elements gets the first crack going and maintains the MaillardAn important reaction in coffee roasting that results in the browning of the green coffee seed.: The Maillard reaction is a chemical reaction between an amino acid and a reducing sugar, induced by heat in. I want first crack to complete within three minutes to maintain some snappiness while developing some more mature sugared notes in the cup.

CS: How have your customers or others reacted to these coffees?

GT: Selling a coffee like the Gesha has its challenges in Billings Montana – primarily due to the higher price point. Locally, the customers with more experienced palates tended to appreciate the Gesha’s intricate complexity; while less experienced drinkers found it ‘interesting’. Most of the Gesha has gone abroad – especially after the 95 point review it received – the reaction there has been amazing.

For the Konga, I like to keep a decent variety

Hibrido de Timor abbreviated HdT is the interspecies hybrid of C. Arabica and C. Canephora (Robusta) that was found in Timor Leste in the 1940s. It has been the bases of plant breeding for disease of coffees available; it fits my ‘fruited’ category nicely. I love showing customers new to the specialty coffee world just how dynamically different coffee can be. If you’ve been in coffee for a while, it’s easy to assume that everyone knows what different countries/varietals/processes tastes like, but there are still a great many that do not know that coffee can be super sweet and fruityIn some coffee taster’s lexicon, “fruity” means the coffee is tainted with fruit, and “fruited” means a coffee is graced by positive fruit notes. We don't exactly see the difference in terms of these two. So it’s fun to see the intrigue a coffee like the Konga can elicit.

I’m curious, since you may have had the opportunity to try multiple approaches to the coffees from different roasters, if the coffees are capable of better-different flavor/development? I know it’s kind of subjective, but I always like to hear from people familiar with the coffee to see how it was treated differently with different/better results. Like the konga for instance to me is a coffee that you can do a tons of different things with.

CS – The Konga and other really well prepped dry processed coffees do have a pretty wide range of what you can get out of them, from really bright fruit, to little more developed fruit, and then some cocoa and honeyIn coffee, honey-like sweetness is often found, but we use terms such as refined honey (highly filtered and processed) as opposed to raw honey rustic honey sweetness. This form of sweetness is largely a dynamic sweetnessSweetness is an important positive quality in fine coffees, and is one of five basic tastes: Sour, Sweet, Salty, Bitter, Savory (Umami). In coffee, sweetness is a highly desirable quality, and the green bean has like yours. One of the common misconceptions is if you roast it to where that cocoa sweetness is then you’ll lose the fruitiness. If it’s handled well though it should still be laced with the cocoa and honey like in your roast. The problem with really pushing the super bright fruit in a dry processed coffee is that the sweetness isn’t really there yet, so it becomes this really overwhelming and sometimes yogurt-like fruit, almost tasting like an actual fermentAs an aroma or flavor in coffee, ferment is a defect taste, resulting from bad processing or other factors. Ferment is the sour, often vinegar-like, that results from several possible problems. It might be the defectIn coffee, a defect refers to specific preparation problems with the green coffee, or a flavor problem found in the cupping process. Bad seeds in the green coffee sample are termed defects, and scored against or just being plain overwhelming in the cup.

I personally feel like it’s really important to give that coffee some balance through roast development. I do feel that you can make the fruit pop and have not as much cocoa without the fruit being cloying, but that profile is all about the fruit and not the complexThe co-presence of many aroma and flavor attributes, with multiple layers. A general impression of a coffee, similar to judgments such as "balanced" or "structured" sweetness that this coffee is loaded with. Stretching a bit of the drying stage, but then really pushing into a vigorous 1st crack and letting it really roll before cutting back is probably the best way to do that.

Floral notes in coffee exemplify the connection between taste and smell. Describing the taste of a specific flower is near impossible...we always default to “it tastes like it smells” which, admittedly, isn’t the most helpful. /citrus with more mature sugars to remind me it’s a coffee and not a tea – but I was wondering if you had something lighter that wasn’t overwhelmingly tart and lacking. You mentioned it wasn’t too light, in the coffeereview article they mentioned that as well as there were 3 other geshas submitted but he said they weren’t developed enough. I’ve never tasted anyone else’s geshas but ones I’ve roasted, but I assume the temptation is to accentuate all of the floral teas and nothing else?

CS – For the gesha, I really appreciate your development of this coffee, as it appears Coffee Review does too! I definitely think that you achieved your goal of balance with this roast. It is most common for those coffees to be under roasted, mostly because people are afraid to cover up the floral elements, which is fair. But I also feel like part of it is chasing that citrus and tea-likeA term used to describe coffees with light, tannic, slighly astringent mouthfeel and tea aromatics. We find it in some Rwandan flavor profiles, among others. character. I feel like that citrus is best when it’s mandarin orange-like rather than just lemony. In general I feel like a lot of folks confuse citric acid 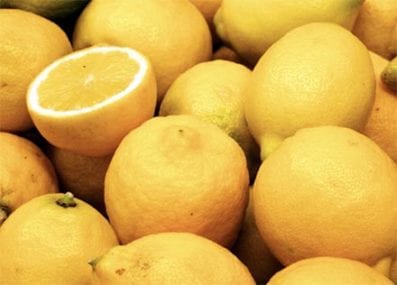 Citric acid is, in moderate amounts, a component of good, bright coffees. It is a positive flavor acid in coffee that often leads to the perception of citrus fruits and adds high notes to the with the “fruitiness” in a coffee and then take too light of a hand with them. Developing the sugars while at the same time reducing the harsher acids

I honestly feel like this gesha from Acatenango has a little more presence though than the PanamaPanama coffee ranges from medium quality lower altitude farms to those at 1600 - 1800 meters centered in the area of Boquete in the Chirqui district near the border with Costa Rica. Some farms feature geshas that we’re all a little more familiar with, and that the citrus is more red berry, which actually lends itself to a little more roast development. I’ve had some really lovely lighter, tea-like roasts of this coffee, but your roast really made me appreciate how it could have a little more sugar development and not lose the floral characteristics that were still plenty present through the finishSimilar to aftertaste, but it refers to the impression as the coffee leaves the palate. Aftertaste is the sensations gathered after the coffee has left the mouth. We combine these to form the "final flavor. A good deal of gesha coffees do lose that floral character with more development and become more malty and orange-like, but this was sweet candied cherry

Check out this video of Gary doing his thing in Billings, MT