Information on creating blends, their purpose (ot lack of purpose sometimes!) and recommendations. With great coffee, blends are optional and sometimes contrary to the purpose of quality coffee. Why? Read on …

Moka Java Blending With Our Regular and Decaf Blend Sets

For those who love strong coffeeCan mean a number of things - it can be an earthy or pungent coffee or a coffee brewed in a more concentrated way. : Many people say that they like "strong coffee" but this More for those not afraid of pungentRefers to an aggressive, intense aroma or flavor, often related to spices (pepper) or roast tastes. Pungent foods are often called "spicy", meaning a sharp or biting character, but not unpleasant. Bittersweet tangy roast flavors More bitterness and intensityWe have a simple scale to rate intensity in our coffee reviews, from Mild to Bold. Low intensity does not mean low quality!: We have a simple scale to rate intensity, from Mild to Bold. More, Moka Java is a great blend for you. But what’s the best

Moka JavaThere are several types of AbyssiniaEthiopia, formerly known as Abyssinia, or a coffee cultivar: Ethiopia, or more specifically the Empire under Haile Selassie,  was known as Abyssinia. The name is Latin, derived from Arabic "Ha bash", but is a term More, but they are not from Ethiopia

Ethiopia is the birthplace of coffee: it is in the forests of the Kaffa region that coffee arabica grew wild. Coffee is "Bun" or "Buna" in Ethiopia, so Coffee Bean is quite possibly a poor More but rather Indonesia

USDA is (obviously) the United States Department of Agriculture. USDA also had coffee plant breeding programs in the past and one variety they distributed to Indonesia and was widely planted is called USDA  (sounds like  More. Abyssinia 3 = AB3.  PJS Cramer, a Dutch plant researcher, introduced

Check out our brew assessment of our limited edition Polar Expresso Holiday Blend. Made up of all washed African coffees, how could you go wrong?

Coffee Blending Basics: What Goes Into a Holiday Blend?

A holiday blend comes at a great time of the year with no shortage of impressive coffees from Africa and Latin America. 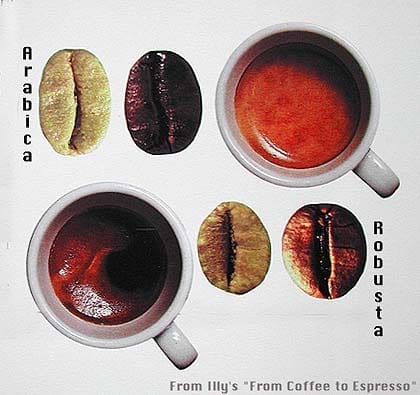 Coffee blending is done for several reasons. Presumably, the goal is to make a coffee that is higher in cup quality than any of the