Costa RicaCosta Rican coffee is typically very clean, sweet, with lots of floral accents. hey are prized for their high notes: bright citrus or berry-like flavors in the acidity, with distinct nut-to-chocolate roasty flavors.: Can a: Can a Coffee Be Too Perfect?
There’s a few of us in the coffee trade… overopinionated, obsessive, bi-polar green coffee

Green coffee refers to the processed seed of the coffee tree fruit. Coffee is a flowering shrub that produces fruit. The seeds of the fruit are processed, roasted, ground and prepared as an infusion.: Coffee buyers. We like an underdog, and will champion a great, under-appreciated coffee ad nauseam. And conversely we will hurl invective with enthusiasm at an overrated coffee. There’s nothing in-between, greatness and
nothingness. We are grumblers and curmudgeons. We really, really like coffee. For years, Costa Rican coffees have been a stick in my craw, because so many of them offered in the U.S. market are precisely that thing in between. They occupy a space on the margins of Specialty Coffee

Specialty coffee was a term devised to mean higher levels of green coffee quality than average "industrial coffee" or "commercial coffee". At this point, the term is of limited use, since every multi-national coffee broker; too balanced and mild to be banished to the Quickie-Marts of the world, too quietly boring to inspire me to give a rat’s behind about them. In past years, I can’t express the kind of stupor that cupping

Cupping is a method of tasting coffee by steeping grounds in separate cups for discrete amounts of ground coffee, to reveal good flavors and defects to their fullest. It has formal elements and methodology in 20 lots of SHB Costa Rican coffees will induce. And they are so popular! Everyone asks for them, everyone buys them, every coffeehouse serves them. They sell if they are good, if they are bad; they would sell if the bag was full of sawdust. That’s why we went with the La Minita coffees when nothing else could measure up. What could a cupperOne who cups, or tastes and evaluates, coffee.: A cupper is a person who performs the somewhat formal analysis of coffee quality, called cupping. See the definition of cupping for more information. It has nothing expect from the Costa Rican cup? A clean, mildly sweet, mildly bright, mild-bodied cup of mild coffee. For me, it was like a cup of stripmall Suburbia. It was a cup that was ubiquitous, inoffensive, didn’t say where it came from, didn’t have character. And character is my modus operandi as a cupper … even if it’s not a perfect match for my palate; I will always have respect for a coffee with character. While particular Costa Rican farms (fincas) receive an undue amount of attention, coffee drinkers are wise to remember there are 130,000 large and small farms. The problem in Costa Rica is they have promoted a system where coffee is sold as “brands” developed by the mill (Beneficio 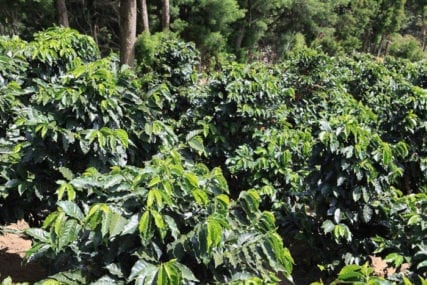 Caturra is an Arabica cultivar discovered as a natural mutant of Bourbon in Brazil in the first decade of the 20th century,  but wasn't studied until 1937. It has a good yield potential, but was from the 1950s and planted the Catimor types called “Costa Rica 95” and “5175.” Catimor is actually a cross between Caturra (a medium-yield, quality varietal with citrusy

Hibrido de Timor abbreviated HdT is the interspecies hybrid of C. Arabica and C. Canephora (Robusta) that was found in Timor Leste in the 1940s. It has been the bases of plant breeding for disease RobustaRobusta usually refers to Coffea Robusta, responsible for roughly 25% of the world's commercial coffee. Taxonomy of Robusta is debated: some sources use “Robusta” to refer to any variety of Coffea Canephora, and some use, hence the name Ca-Timor. It’s this Timor Robusta that taints the cup character, producing a particular unpolished, rough character in the cup. It actually does little harm when it is 10% or less of the coffee in a cup, but above that it can be foul. We try to avoid it, if I can detect it is present.

On the Flip Side …
Okay, enough complaining: This year the Costa Rica samples have been a real treat! The traditionally mediocre coffees were okay, the okay coffees were
good, and the good coffees were great. And since only the last category has anything to do with Sweet Maria’s, you are going to see an expanded selection of Costa Rican coffees. Old-timers know the La Minita Tarrazú is the benchmark not only of Costa Rican coffees, but also for Central American wet-processed coffees in general. It is excellent, as always! But the other offerings from Tarrazú have ascended to the same rung, or at least close to it. The Llano Bonito isn’t prepared to the same high level as the La Minita but the cup has a remarkable high-toned bright snap in it, and considerable depth in chocolate

Lemon notes, as well as other related citrusy flavors or acidities, are prized in coffee. These usually express themselves as a bright accent in the cup, or aromatic citrus aspects, but not as blunt sourness. zest. And coming in late July we have our Auction Lot we won in the 2003 Costa Rica auction (called Cosecha del Oro or Golden Crop). The El Legendario coffee from South Tarrazú is a deep cup, with raisiny fruit, blackberryBlackberry flavor in coffee sometimes relates to slightly more developed roast levels.: Blackberry is found as a fragrance, aroma or flavor in some coffees. I find that it is less obvious at very light roast, spice, and an overall deep cup character that is rare in the range of coffee flavors that come from Costa Rica. In short, these are coffees with character, coffees that inspire adjectives galore! Read the online Coffee Cupping Reviews for our Costa Rican coffees on the web site for more information.

Just One More Inscrutable Detail …
Just what exactly is Tarrazú? It’s a valley, but there’s an ongoing problem with Tarrazú coffees … the name has received such attention that coffees are being sold as Tarrazú when they are 100 miles outside the region. (The same problem arises with the Antigua name in GuatemalaGuatemalan coffee is considered a top quality coffee producer in Central America. Due to our proximity to Guatemala, some of the nicest coffees from this origin come to the United States. : Guatemalan growing regions). Since the coffees are Beneficio-branded, there’s a great temptation to blend in outside coffees at the mill. True, the verity of an originIn coffee talk, it refers to a coffee-producing region or country; such as, "I was just at origin." Of course "Origin" for most product we use is not a beautiful farm in a temperate climate, is of great concern, but the cup character is of greater concern. I have definitely cupped many Tarrazú coffees that do not live up to the name, and many non-Tarrazús that are better. This is the benefit of the blind-cupping process. As coffee tradespeople and consumers, we need to seek truth in the regional differences, and also avoid getting hung up on “brand names” as the ultimate determination of quality …its a tough balancing act but singular attention to cup quality will prevail!