When Excellent Isn’t Good Enough
I’m not a wine guy. It just seems impossible to dedicate so many brain cells to one beverage, coffee, and have anything left over for another. But who can ignore the influence of vinoculture over all other liquid refreshments, hot or cold. All descriptive language about coffee has a root in that of the oenophile. And yet, coffee is not wine, and deserves its own descriptors. It doesn’t taste like wine (although wine notes can be found in KenyaKenya is the East African powerhouse of the coffee world. Both in the cup, and the way they run their trade, everything is topnotch.: Kenya is the East African powerhouse of the coffee world. Both and other origins), it cannot be aged like wine (although people keep experimenting with extending green coffee storage 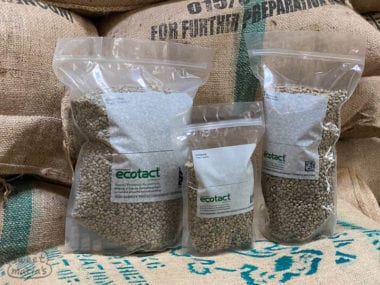 Green coffee is the dried seed from the fruit of a tree. In the past it was shipped in jute or sisal bags, which prevented coffee from becoming mouldy, but also exposed it to the), and I don’t think your wine snob friends would appreciate a brewed wine served in a porcelain mug. But I would like to highlight a couple aspects of the wine buyers’ sensibility that I have always appreciated. For one, they see their purchases as an exploration of their personal sense of taste, calibrated in a sense against their expectations of enjoyment. And secondly, the wine buyer likes to be surprised. In particular, they appreciate the notion that more money does not equal greater quality, or greater taste enjoyment. The later is a critical point; how do you justify what the cost of a wine is, versus the perceived quality? Is a wine, or a coffee, that costs 5x as much going to deliver 5x the enjoyment? And in relation to the taster’s exploration of flavor, and the relation of price to quality, what is the responsibility of the buyer/taster? Okay, “responsibility” is a heavy-handed word here; after all, we are talking about something we enjoy, coffee, not a chore. But I always feel that the best tasters are the ones who are truly “sensory explorers”, people interested in discovering new and unexpected flavors. I am always sheepish about writing that a coffee is savory, brothy, cheesyA coffee that has a kitchy quality, or literally cheese-like flavors in the cup. The second is actually a trade term, when their is a dairy-like sourness in the cup. We had this once in (yes, it has been used in a review), or reminds me of the sweetnessSweetness is an important positive quality in fine coffees, and is one of five basic tastes: Sour, Sweet, Salty, Bitter, Savory (Umami). In coffee, sweetness is a highly desirable quality, and the green bean has in chayote squash. Can you convince a taster that squash in their coffee is a welcome encounter? And yet the more omnivorous, the more open taster will be eternally curious about flavor experiences, if not to find the squash as much to not find the squash, but instead something of their own; green apple

An acid that adds to favorable perceptions of cup quality; malic acid often adds apple-like acidity, and perhaps other taste aspects recalling apples. Malic acid is yet another of the many acids that adds to? leeks? Who knows what. It’s been said that the best reader is a writer, not because they actually are a writer, but because as they read they interpret. Interpretation is creative; they are in fact creating a new text with their interpretation, they are writing as they read. I think this is doubly true with the interpretation of flavor. What could be more personal, more dependent upon ones own history of taste, and culture, as well as physiological factors? All these variables, (let alone the variables of the thing being tasted!) lead to the widest possible range of interpretations. I was very hesitant to add some cursory flavor notes to our labels on the green coffee

Green coffee refers to the processed seed of the coffee tree fruit. Coffee is a flowering shrub that produces fruit. The seeds of the fruit are processed, roasted, ground and prepared as an infusion.: Coffee bags. I don’t want to tell anyone what they should be experiencing. But then it occurred to me that I wasn’t showing enough faith in our home roaster folks: after all, I have never met a more skeptical and willful bunch. If I write that a coffee has a hint of dried blueberry

Blueberry flavors in coffee take different forms. Dried blueberry was something we first encountered in natural Harar coffee from Ethiopia. It seemed to be most potent in fresh new crop coffees and would fade in, I will undoubtedly receive customer input that it was blackberryBlackberry flavor in coffee sometimes relates to slightly more developed roast levels.: Blackberry is found as a fragrance, aroma or flavor in some coffees. I find that it is less obvious at very light roast, raspberry, lignon-berry, or no berry at all. That’s the beauty of interpretation. Which leads me back to my point: I too am a skeptic. I resist being told what is “good,” and how much I should enjoy some coffee. I make coffee prove itself to me in the process of blind cupping

Cupping is a method of tasting coffee by steeping grounds in separate cups for discrete amounts of ground coffee, to reveal good flavors and defects to their fullest. It has formal elements and methodology in, which I do every day. And the joy of this impartial evaluation is that, at any moment, everything that “should be” can get turned on its head. A coffee that is hailed as 90+ points by an international jury and sells for 10x the market can get whipped into place by a pooled lot of export grade coffee (as was the case with ColombiaColombian coffee is highly marketed and widely available in the US. They have been largely successful at equating the name Colombian Coffee with "Good" Coffee. This is half-true. Colombian can be very balanced, with good ExcelsoA Colombian coffee grade referring to screen size of 15-16. In the traditional bulk Arabica business, Excelso is a step below the large bean Supremo grade, which indicates screen size 17-18. Lot 13556). And on the flip side, look at our JamaicaJamaica coffee can be excellent mild, lush coffee... sometimes. Like Kona and Puerto Rican coffee, it is soft, mild, clean and well balanced when it is good.: Ah Jamaica, a great place to visit. But offerings from last year … not! Why buy an overpriced coffee when they entire crop year tasted like cabbage soup? We have offered some extremely spendy coffees in the past year, the #1 Cup of ExcellenceThe Cup of Excellence is a competition held yearly in many coffee-producing countries, designed to highlight the very best coffees from each origin.: The Cup of Excellence (COE) is a competition held more-or-less yearly in GuatemalaGuatemalan coffee is considered a top quality coffee producer in Central America. Due to our proximity to Guatemala, some of the nicest coffees from this origin come to the United States. : Guatemalan growing regions, the #2 El SalvadorEl Salvador coffee had an undeservingly poor reputation for years, marred mostly by the inability to deliver coffee of high quality in an unstable political climate. Unfortunately, agriculture is the first to suffer in revolution,, the set of top 3 PanamaPanama coffee ranges from medium quality lower altitude farms to those at 1600 - 1800 meters centered in the area of Boquete in the Chirqui district near the border with Costa Rica. Some farms feature competition coffees. And with each I promised that these were excellent coffees, but not 5x as good as all others. The Sweet Maria’s offering sheet represents an immense amount of work, to offer a carefully chosen collection of coffees that represent the best “originIn coffee talk, it refers to a coffee-producing region or country; such as, "I was just at origin." Of course "Origin" for most product we use is not a beautiful farm in a temperate climate, character” of the land on which they are grown. But I invite your skepticism, I invite you to consider that a $15/lb. coffee might not be as much to your liking as a $4.50/lb. selection. I invite you to find that perhaps, for you, Indonesia

USDA is (obviously) the United States Department of Agriculture. USDA also had coffee plant breeding programs in the past and one variety they distributed to Indonesia and was widely planted is called USDA  (sounds like  is a coffee wasteland, or that Kenyas (sadly) bite your palate in the wrong way. I invite you to explore our offerings, to use the reviews as a resource, and to discover your own taste in coffee. And may we all share this enjoyment and avoid the exclusiveness of the so-called “wine snobs,” because, after all, coffee is (thankfully) not wine! So indeed, “excellent” may not be good enough, because what attains the highest rank according to someone else’s taste, or even in some empirical scoring method such as I use, might not be exactly what you are looking for in the cup. And only you can define what that is. I hope the Sweet Maria’s web site, all the reviews I have written, the articles on roasting, and the vast array of green coffee offered, is a help, not a hindrance, as you seek a bit of coffee enjoyment. –Tom

It Could Be Worse…
How does the word “Nesco” strike you? Not that appealing, eh? Well, that is the new name for the Zach and Dani’s roaster, so I actually consider it a step up. The later is now out of the home roasting business, and the name has reverted to the company who actually manufactured the machine: Nesco. I updated the reviews, and have tested the new machine, despite all indications that it is the identical model as the Z&D. I have noticed a couple minutes shorter roast times, a good thing because the old Z&D risked baking coffee, not roasting it. Actually, I have been impressed with the model, which really does eliminate the bulk of the roast smoke using its catalytic converter. And I was able to attain good dark roasts, and excellent, full-body espressoA small coffee beverage, about 20 ml, prepared on an espresso machine where pressurized hot water extracted through compressed coffee.: In its most stripped-down, basic form, this is a working definition for espresso: A small roasts with the new Nesco. So I have edited the review to be a bit less dour, even though the name could
till use some improvement.

Honduran coffee was absent from the top ranks of the Specialty market, but that has changed. It has all the environmental factors on its side: soil, altitude, climate. All it's neighbors have sophisticated coffee production: PacamaraAs the name implies, Pacamara is a large bean cultivar, a cross between Pacas and Maragogype with unique flavor properties. This variant originated in El Salvador in 1958, and has spread to nearby Central American – Santa Marta Estate $5.20 $9.88 $22.62 $43.16 $80.08
MexicoMexican coffee originates from South-central to Southern regions of the country. For that reason, coffees from Coatepec and Veracruz are much different from Oaxacan Plumas, which are in turn much different from the Southernmost region OrganicGrown without the use of artificial fertilizers, herbicides, etc.: Organic coffee has been grown according to organic farming techniques, typically without the use of artificial fertilizers. Some farms have more local Organic Certification than the Nayarit Terruno $4.80 $9.12 $20.88 $39.84 $73.92
Nicaragua

Nicaraguan coffees from the Segovia, Jinotega, Ocotal and Matagalpa regions are nice balanced cups. They often possess interesting cup character along with body and balance, outperforming many other balanced Central American and South American high-grown Matagalpa -Pacamara PeaberryA peaberry is a green coffee "bean" that has a rounded form: Coffee is the dried seed from the fruit of a flowering tree - each fruit having 2 seeds facing each other (the flat $6.10 $11.59 $26.54 $50.63 $93.94
Nicaragua Limoncillo Estate Var. Java