Uganda produces volumes of coffee, but quality has not been the focus. But the potential is there...

Hibrido de Timor abbreviated HdT is the interspecies hybrid of C. Arabica and C. Canephora (Robusta) that was found in Timor Leste in the 1940s. It has been the bases of plant breeding for disease More of wild RobustaRobusta usually refers to Coffea Robusta, responsible for roughly 25% of the world’s commercial coffee. Taxonomy of Robusta is debated: some sources use “Robusta” to refer to any variety of Coffea Canephora, and some use More coffee still growing today in Uganda’s rain forests are thought to be some of the rarest examples of naturally occurring coffee trees anywhere in the world.

The coffee trees are intercropped with traditional food crops and grown in the shade of banana trees and other shade trees. In these self-sustaining conditions, coffee is left to grow naturally, flowering on average twice a year.

There are several types of Abyssinia, but they are not from Ethiopia but rather Indonesia. Abyssinia 3 = AB3.  PJS Cramer, a Dutch plant researcher, introduced this variety in 1928, supposedly from Ethiopia seed stock. It was More prices resulted in numerous containers appearing in the US as a Java substitute.

Coffees from politically unstable regions, especially East Africa, and the 10-year civil war in UgandaWhile Arabica was introduced at the beginning of the 1900’s, Robusta coffee is indigenous to the country, and has been a part of Ugandan life for centuries. The variety of Wild Robusta Coffee still growing More, bring up ethical issues. But the plain fact is this: coffee is a cash crop. It is grown by 300,000 small-holder farmers in Uganda. It is 95% of the Ugandan exports and 2,800,000 people rely on it for a living! Most production is Robusta

Transportation Can Cause Issues

See our current selection of Uganda Coffees at Sweet Maria’s.

Uganda Articles in Our Coffee Library 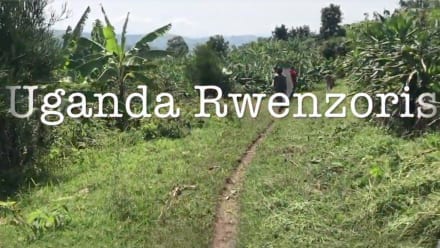 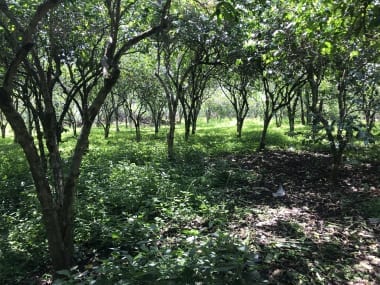 Uganda Like This Coffee: Uganda Bugisu Coffee from the Rwenzoris 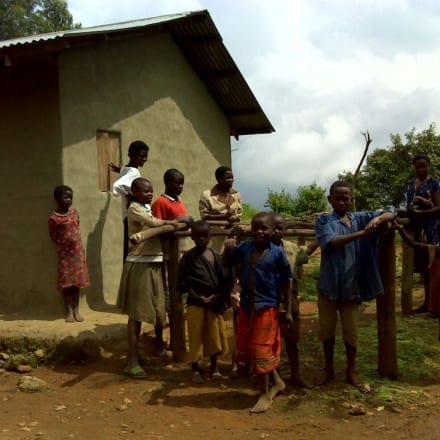 Local varieties of coffee trees.
One the Kasese trip to see nearby Great Lakes farmers and local huller
Sorted vs Unsorted
The coffee in the basket has yet to be fully sorted for ripeness.
Natural coffee drying on the screens, Uganda.
Their first quality coffee cherry, already selected for the best ripeness, and waiting for the sun to dry it.
Not much harvest yet.
It's a small crap here, and it shows on the trees. Kasese trip
Drugar coffee - Dry Process Uganda
What they typically mean by this grade, which is not the best selection process of coffee cherry, nor the best drawing technique. It's more of a commercial quality natural.
Sorting naturals
In the western highlands, sorting natural coffees on raised beds, sometimes appropriately called African beds. Ha ha
Tea area
Uganda also has many tea areas in the Highlands that produce a good quality tea. Most tees are sold through the Kenean auction even when they come from other countries in East Africa
Ugacof warehouse in Kasese
Storing standard grade commercial coffees for export. I wonder what their capacity is for high-quality natural coffee?
Kasese Farmer
This area was typically producing what they call Drugar coffee = Dry process Uganda Arabica
Roasted coffee samples
We tasted quite a few coffee samples this day, and I noted some unique aspects of the coffee beans here including the "double crease" of polyembryo coffee.
Great Lakes Coffee Kampala
The roasting operation at Great Lakes coffee company in Kampala. They have nice machines and a great history behind the company in Uganda and Congo
Great Lakes Coffee Kampala
Warehouse for great lakes company in Kampala Uganda.
My Benz
Many people don't realize how many Mercedes-Benz trucks there are in Africa, and around the world. They aren't a status symbol, they're just good trucks and can be kept running for many many years
Uganda, Football, Dogs!
All the great things at the house of Charles Angebault dog Lupa Kampala
Rungwe Coop
Parchment coffee looked good but the cupping was rather bleh.
Serious Fashion
Out for a little boat ride near the capital, and seeing some of the serious T-shirt fashions that make me incredibly jealous! Uganda knows style