Papua New Guinea is a unique coffee-producing country, to be considered in it's own right.

Papua New GuineaPapua New Guinea (PNG) occupies the eastern half of the island it shares with the Indonesian province of Irian Jaya, part of Indonesia. The two primary areas for coffee production can be grouped roughly as More coffee is often lumped in with Indonesian coffees in the consumer market. But PNG as a coffee originIn coffee talk, it refers to a coffee-producing region or country; such as, “I was just at origin.” Of course “Origin” for most product we use is not a beautiful farm in a temperate climate, More is distinct in nearly every way.

Papua New Guinea occupies the eastern half of the island it shares with Irian Jaya (also called West Papua, which is indeed a part of Indonesia

USDA is (obviously) the United States Department of Agriculture. USDA also had coffee plant breeding programs in the past and one variety they distributed to Indonesia and was widely planted is called USDA  (sounds like  More). Irian Jaya produces only a small amount of coffee itself. PNG is a world away from Java

There are several types of Abyssinia, but they are not from Ethiopia but rather Indonesia. Abyssinia 3 = AB3.  PJS Cramer, a Dutch plant researcher, introduced this variety in 1928, supposedly from Ethiopia seed stock. It was More or SumatraIndonesians are available as a unique wet-hulled or dry-hulled (washed) coffees. Giling Basah is the name for the wet-hulling process in Bahasa language, and will have more body and often more of the “character” that More, geographically, culturally, and in most aspects of coffee production. The many ethnic groups of PNG share nothing in common with the Bahasa-speaking peoples, or the many other Indonesian groups. And the coffee is not wet-hulled as many Indonesia coffees are; they are wet-processed, which might sound similar in name but is remarkably different in terms of the resulting cup flavors.

There are many small-holder farms in PNG that are best characterized as “coffee gardens.” A “farmer” might have 100 trees planted around their house. It also describes the casual nature of coffee farming. There isn’t much incentive on the part of a farmer, at small or large level, to take coffee very seriously. Why? First, in this extremely fertile land, nearly any stick you poke in the ground will grow. Growing crops for local sale or for home consumption is not difficult; there isn’t a food deficit in PNG and there is little need for a cash crop to buy food with.

Perhaps more importantly is the completely screwy economy of the area. PNG has been described as a “mountain of gold, floating on a sea of oil”. You might also add that it is bubbling with natural gas, since there is a 6 billion dollar pipeline project now completed. With an ultra-rugged terrain and a lack of roads connecting these mineral rich zones, everything is flown or helicopter-ed around the country. The companies investing here open their wallets to get these rich returns.

See our current selection of Papua New GuineaPapua New Guinea (PNG) occupies the eastern half of the island it shares with the Indonesian province of Irian Jaya, part of Indonesia. The two primary areas for coffee production can be grouped roughly as More Coffees at Sweet Maria’s. 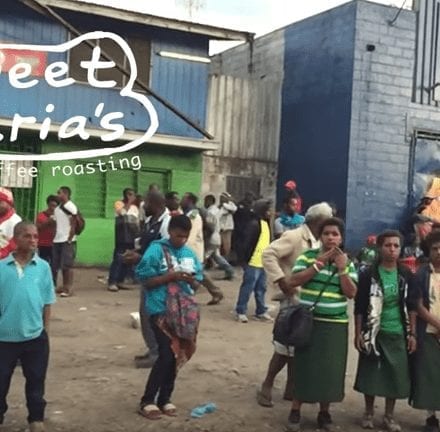 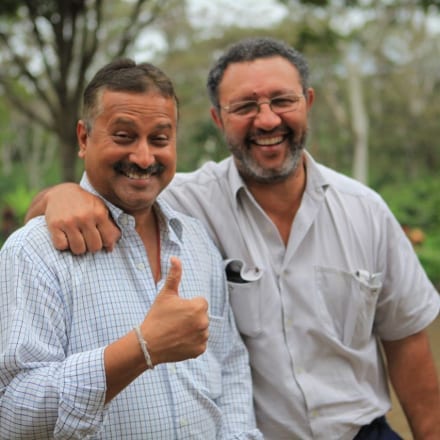 Papua New Guinea: You Confound Me 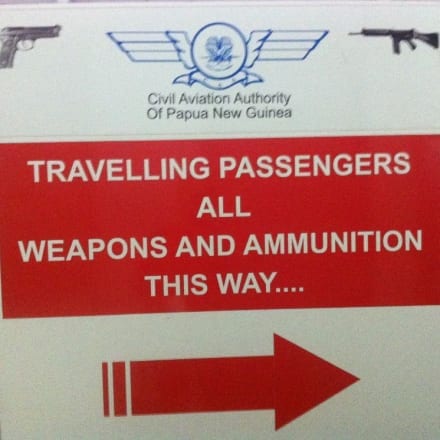 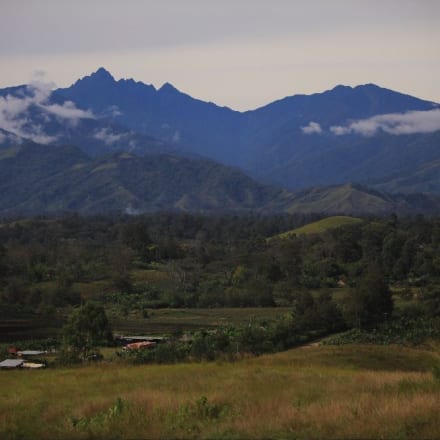 Papua New Guinea, Nuts to You

The culture in PNG, still very tribal in most ways, and seems to dictate the values of the people more than economic gain. There are still frequent inter-tribal skirmishes, and given that within a one hour drive, you might have passed through the lands of 2 or 3 ethnic groups who don’t even speak the same root language (and might have a history of conflict too), it is difficult to organize farmers here and to build trust or get cooperation.

With the big money from multinationals floating around, everything is lopsided. For example, a hotel room in the modest capital of Port Moresby might set you back $600 to $800. And in a small interior town, which might cost $30 USD a night in Indonesia

USDA is (obviously) the United States Department of Agriculture. USDA also had coffee plant breeding programs in the past and one variety they distributed to Indonesia and was widely planted is called USDA  (sounds like  More, could be $300 in PNG.

Aside from small-holder farmers who will often sell their coffee cherryOriginally coffee literature referred to the fruit of the tree as a “berry” but in time it became a cherry. It is of course neither. Nor is the seed of the coffee a bean. All More to a wet-mill, there are large plantations in PNG. The coffee growing side of the businesses was dominated by the Carpenter Family, who also had vast tea growing lands. They had the well-known Sigri farm as well as some smaller ones. Lately the operation seems to have been sold to a multi-national company. Other coffees known in the US are basically brands, not farms. Kimel is a large farm that also buys from surround growers and sells it under the same name.

Some of the seedstock on Papua New Guinea is from the Jamaican Blue Mountain variety of Typica, with the Arusha Typica varietal from Tanzania. Some are more modern hybrids or the Indian “Kent” varietal. There is also a lot of classic BourbonA coffee cultivar; a cross between Typica and Bourbon, originally grown in Brazil: Mundo Novo is a commercial coffee cultivar; a natural hybrid between “Sumatra” and Red Bourbon, originally grown in Brazil. It was developed More coffee too. The main problems in PNG come with poor coffee processingThe removal of the cherry and parchment from the coffee seed.: Coffee is either wet-processed (also called washed or wet-milled) or dry-processed (also called wild, natural or natural dry, and we abbreviate it DP sometimes). More and poor dry-milling. I visited one of the major dry mills in Goroka and they had cranked up their mechanical dryers to get coffee shipped as quick as possible. This created quite a bit of smoke in the process, tainting their stock of green coffee

Green coffee refers to the processed seed of the coffee tree fruit. Coffee is a flowering shrub that produces fruit. The seeds of the fruit are processed, roasted, ground and prepared as an infusion.: Coffee More in jute bags. Indeed everything we cupped tasted smoked.

In small mills, the mixing of unripe coffee cherry