A staple coffee for Sweet Maria's when we started out is now hard to find ... that might change though!

Zimbabwe coffee is rarely available, not because it is so exclusive or sought after. Sadly, it’s because the political intrusions into all sectors of this once-flourishing “bread basket” of Africa put a choke hold on coffee production. But an export crop that was diminished 90% due instability and contested land ownership has slowly bounced back, as a few older farms and many “out-grower” farmers are finding increased stability, better yields from their trees, and a market for their coffee within the country and, in a limited way, abroad.

Zimbabwe coffee was often overshadowed by other East African origins, namely the bright and powerful coffees of Kenya.  Yet they are quite different in terms of flavor profile and balance.  Zimbabwe was always a balanced “drinking coffee” with body, chocolate and moderate acidity.  Some of the intrinsic cup flavors bordered on wild (or even unclean) .  Whether it is from the terroir or the cultivars used, Zimbabwe coffees sometimes have an earthy chocolate or slight leathery flavors that (in moderation) are pleasant, but in excess are less than ideal. Some of this is due to the mix of Catimor cultivars grown along with older types.  But an ideal Zimbabwe can have excellent acidity accenting complex roasty notes, almost savory in character. These result in a nice balanced cup, and while it may not be flashy, it’s a good drinking coffee. 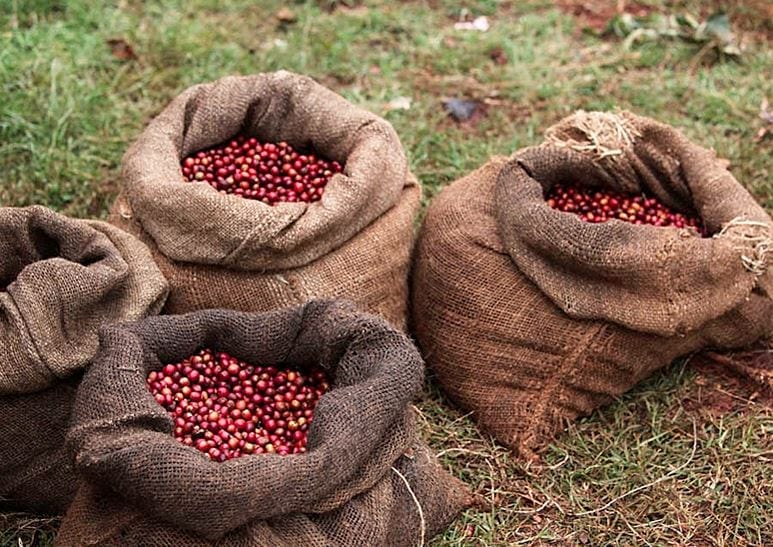 We have often had difficulty finding Zimbabwe coffee, and since we don’t have direct connections, there isn’t much prospect at this time. I have not visited the coffee areas, but beyond our own limits, the output of coffee was so decimated by “land reforms” around 2000 that the coffee infrastructure in the country basically imploded as far as I can tell. (While I am very interested in the history of coffee and, more importantly, future of Zimbabwe coffee, you can see our page here is bereft on photos and videos. It’s further evidence that what I share here is from reading the experiences of others, and should be taken as such! As far as the Sweet Maria’s buying history of this origin, and cupping the coffee for quality, I do have some knowledge of course! -T )

It is true the land ownership in Zimbabwe was grossly unfair by all accounts, with an estimated 200,000 “white” Zimbabweans controlling vast tracts of the moist fertile land. In fact, many of those who had these lands believed in land reform and supported it, in particular the coffee farmers. The large coffee farm always worked with “out-grower” farmers who held tracts around their estates, providing services and technical assistance, and often buying their coffee cherry as well. But this was land reform done wrong, with purely political motivation and violent mobs.  It was chaos.

It is well documented that the Mugabe land reforms, in their utter chaos, resulted in no net positive reform at all. The military veterans and militias that were supposed to end up with their own land by pillaging the colonial-era estates ended up with little to nothing. The land went to those connected to Mugabe, with some ministers landing 3-5 huge agriculture estates for themselves. With a crop like coffee, that takes 5 year from seed to full harvest, with intensive, planned investment, this was especially devastating. Everybody lost, in particular the farm workers and small-scale out-grower farmers who saw their coffee lands burned and looted along with the estates.

But in time stability returned. The coffee farmers rebuilt and replanted. While the large estates are gone (it seems 3 survived the turbulence), more coffee is being farmed on a smaller scale and crop yields are improving. International support has returned, and Technoserve has been engaged in agricultural assistance and other programs for farmers lately.

Zimbabwe, once known as lower Rhodesia before independence in 1980, has produced coffee commercially since before the 1960s. The total area of the country is 150,873 square miles, but only a small portion is suitable for arabica coffee production.  The most prominent physical feature is a broad range that runs southwest to northeast across the country. It has an elevation of between 4000 and 5000 feet and is known as the High Veld.

Most of Zimbabwe is a savanna, a particularly lush grass that grows during the moist summers. (Wildlife includes elephants, hippopotamuses, lions, crocodiles, impalas, giraffes, and baboons.) Forests are found only in limited areas along the eastern border and in the wettest areas of the High Veld.

Coffee production occurs in a small portion of the country, along the Eastern border, the Manicaland and Mashonaland provinces along the border of Mozambique. Coffee production towns are Chipinge (also spelled Chapinga) and Mutare.  Vumba and Chipinge are the areas where most of the high grown coffee is grown and traded, and produces 75% of the specialty coffee.  Collectively this is called the Honde Valley. According to research, Chipinge district has the largest area climatically suitable for coffee production followed by Chimanimani district with Mutare district having the smallest.

The principal Zimbabwean cash crop is not coffee, it is tobacco, which is grown mainly in the northern and central regions. Other cash crops include cotton, maize, sugarcane, and coffee. Economic sanctions were responsible for curtailing the export of tobacco in the 1970s, and since then emphasis has shifted to the production of other food crops.  Tobacco was the main export and source  of foreign currency, and like all other agriculture was devastated in the “land reform” chaos.

Although Zimbabwe lies in the Tropic Zone, its climate is moderated by high elevation. The average temperature is 60° F in July (winter) and 70° F in January (summer). The average annual rainfall is about 35 inches in the High Veld. Most rainfall occurs from November to March.

Zimbabwe farms over 9,500 hectares in coffee. The majority of the crop is grown in the Chipinge district at an altitude of 4500 feet and is harvested from June to November. The most popular method of drying the coffee is in the sun, followed by six to eight weeks of conditioning. This, coupled with the unique growing conditions and the care that the farmers take in cultivation, results in a coffee that has a rich aroma and slightly spicy flavor with medium body.

Introduction of Coffee Farming in Zimbabwe

Coffee farming has had many false starts in Zimbabwe. Originally brought to the country by travelers in the 1890s, it was not broadly planted as was the case in other East African nations. It nearly died out again in the 1920s when plant disease destroyed most of the small plantations, making a resurgence again in 1958, and gaining establishment again in the 1960s. Zimbabwe established strict classification and grading standards in order to insure that fine quality coffees would be produced for export.

The 1980s and ’90s saw Zimbabwe coffee gaining ground in the market and in price, with the buyers starting to recognize its better flavor attributes. But land ownership was a politically charged issue, as huge tracts were held by a powerful elite for many decades. Large coffee Estates were often owned by long-established families. These estates would often be surrounded by smaller farms of out-growers, often black farmers who gained financing and technical expertise from the Estate, as well as a market for their coffee. But it was no level playing field in terms of entry into the market.

With political instability came charged rhetoric that emboldened militants who followed Mugabe seized large farms and estates. Coffee was often burned in mass land clearings, as it was seen as too much labor and not quickly profitable. As stability returned, there was direct damage to the capacity to produce any volume of good coffee. The best dry mills in the country shut down for lack of volume. The path forward in Zimbabwe is not entirely clear.

We started to see regular offerings from well-known farms in 2014 once again. But we haven’t found in Zimbabwe any counterparts with whom to work directly. The old model of bulking all coffee from one estate to sell full containers is not the way toward rebuilding a reputation, in my opinion. And like Zambia, older varieties were often replaced with ones that don’t cup as well, arabica varieties with robusta interbred for better disease resistance.

At this point, we simply must rely on importers to find the coffees for us, as we cannot sell enough volume to do direct imports. But we have been pleased with some of the honey processing results from Zimbabwe, along with traditional wet-processed coffees.

Further Resources:
See How to Kill a Country in The Atlantic c. 2003 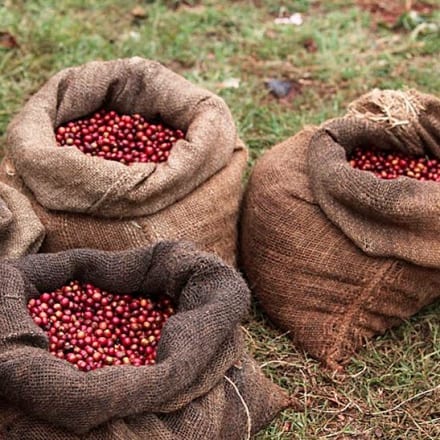