India has a long history of coffee production, when the first seeds were brought here by the mythic Baba Budan.

Coffee was introduced into India

S-795 is a variety based on the ” S-Line” coffees of  India, and stands for Selection 795,  It has a very fine cup, one of the best in Indonesia, but is not a high volume More through the Chikkamagaluru (Chikmagalur) district when the first coffee crop was grown in the Baba Budan Giri Hills during 1670 AD.  According to the article “Origins of Coffee”, the saint “Bababudan” on his pilgrimage to Mecca traveled through the seaport of Mocha, YemenYemen has a coffee culture like no other place, and perhaps some of what we enjoy in this cup is due to their old style of trade…: Technically, Yemen is on the Asian continent (on More where he discovered coffee.

To introduce its taste to India, he wrapped seven coffee beans around his belly and got them out of Arabia. On his return home, he planted the beans in the hills of Chikkamagaluru, which are now named Baba Budan Hills in his honor.

Acidity is a positive flavor attribute in coffee, also referred to as brightness or liveliness. It adds a brilliance to the cup, whereas low acid coffees can seem flat. Acidity can sound unattractive. People may More, and tending to have poorly defined sweetnessSweetness is an important positive quality in fine coffees, and is one of five basic tastes: Sour, Sweet, Salty, Bitter, Savory (Umami). In coffee, sweetness is a highly desirable quality, and the green bean has More. Some have processed these as naturals (dry-process) or pulp naturals to try to give them a more distinct flavor.

Harvest is generally November and February. The major coffee growing regionsCoffee is grown in a belt around the world – roughly from the Tropic of Cancer to the Tropic of Capricorn, and specialty coffee is grown generally from 1000 to 3000 meters above sea level.: More are Karnataka (Mysore), Kerala (Malabar), and Tamilnadu (Madras).

And now for something completely different. …

The Monsooned coffeeA method of ageing coffee in India where the unroasted coffee is exposed to humid monsoon winds.: Monsooned coffees are stored in special warehouses until the Monsoon season comes around. The sides of the structure More is a different story altogether! Potent, pungentRefers to an aggressive, intense aroma or flavor, often related to spices (pepper) or roast tastes. Pungent foods are often called “spicy”, meaning a sharp or biting character, but not unpleasant. Bittersweet tangy roast flavors More, and wild, these are great for those who like strong, deep, mustyOff aroma and flavor that reminds one of a dank, moldy closet. This flavor can hint at a dangerous coffee mold and should not be consumed.: Off aroma and flavor that reminds one of a More flavors. Our reviews will give you an idea of what to expect.  From time to time, we also offer premium Indian Robusta

Check if we currently have Green Coffee from India.

COUNTRY Articles in Our Coffee Library 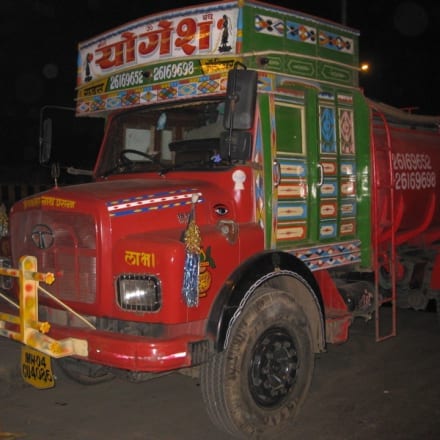 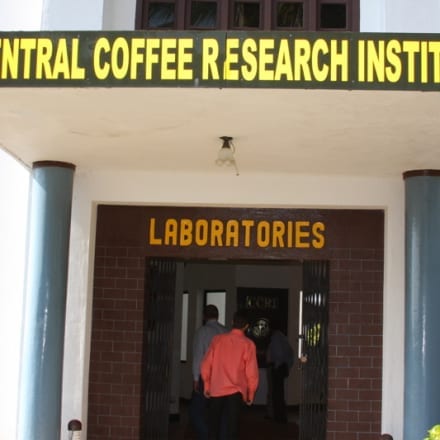 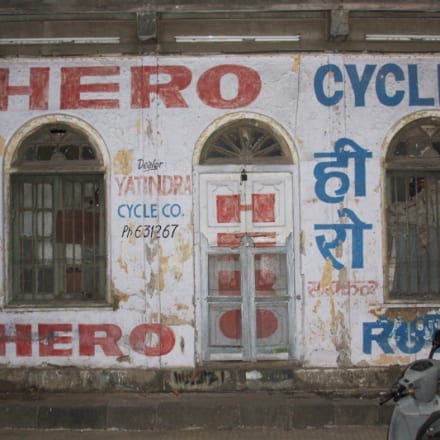 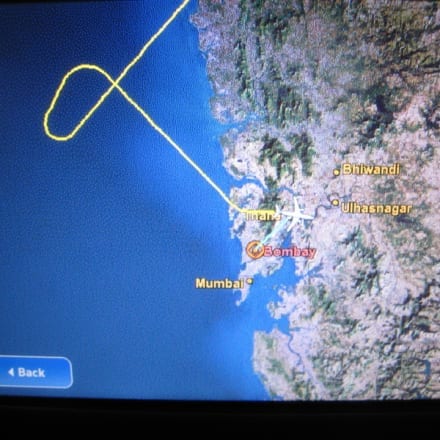 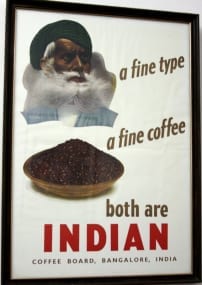 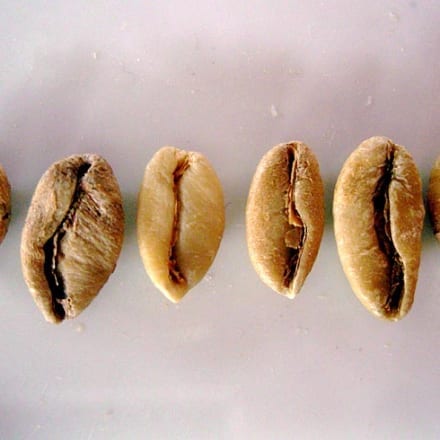 The Massive Robusta Leaf
Next up was Sethuraman Estate, and this gives you some sense of how large the Robusta leaf can be. India
Coffee Compost- Jeelan Estate
A long mound of composted coffee skins waits to be blended and used. India
Old bikes, India
Old bikes - Funny geometry to these, like india. What's with that seat? Near Bulak Benda, West Java coast, Indonesia Java - sweetmarias.com
Coffee Picker Style Socks - India
A personal favorite image of mine, the coffee pickers and their choices in socks. India
Coffee Flowers- Jeelan Estate
Ripe cherry in the background, next years crop coming in the form of flower buds. This is a coffee farmers dream India
Mother Mary Says ...
Motorcycle Parking Only India
Liberica Coffee Cherry, India
It has quite a different appearance than arabica or robusta, and when you brewk them open the mucilage is very sticky and thick. India
Fake Coffee Picker.
Nonetheless, I went at it with a vengeance. The good thing is that Mohan showed me the trick - you put a tark down and pull all the cherry off onto it, and pick it all up later. India
Pulp natural - honey coffee- Nirali estate robusta
this is the parchment form of this pulp natural coffee, the nirali lot we sell. all that red brown stuff on the parchment in the dried fruity mucilage. we did a cupping here and this was the hands-down favorite. the robustas are impressive - can drink them straight i.e. a french press. no burned rubber robusta taints. -tom India
Unreal Robusta Coffee India
Robusta cherries in their typical cluster form, so artificial looking and uniformally ripe, they seem fake. India
Mandalkhan Coffee Farm Karnataka India
This was one of my favorites from last year, because it is from a higher altitude part of the farm. It's mostly 795 but in some parts of the farm there is still Cavery catimor and 10% San Ramon, a cultivar from Central America. India
Central Coffee Research Institute
We were on our way to visit the Central Coffee Research Institute of India, something I was very interested in, specifically to see their coffee gardens India
SLN 4 coffee variety- Selection 4 with Ethiopia genetics
SLN 4 or Cioccie has more Ethiopian inputs in its genetics than other types, and was released quite some time ago by the coffee board. But farmers did not like it because of lower yields, even though the cup was supposedly good. India
SLN 4 Green Tip Variety coffee India
As opposed to the bronse tips of SLN 795, SLN 4 seems to have green tips (new leaves) India
Central Coffee Research Institute Library
The facilities were amazing. Their library has tons of journals, many coffee books I have never heard of, and bound editions of all kinds of botanical journals going back to the early part of the centrury India
Scary Crow, India
I would be scared of it ... not sure about the birds. India

Check if we currently have Green Coffee from India.