Based on how widely it is offered, it is still not clear how an island with very limited coffee areas produces so much coffee…in other words, it’s not all from Bali. Also, there is very little coffee grown here at respectable altitudes, and at lower than 1250 meters tends to taste very low grown in the cup.

But sometimes Bali coffees can be sophisticated and well-prepared. They are washed (wet-processed) like neighboring coffees from Java

There are several types of Abyssinia, but they are not from Ethiopia but rather Indonesia. Abyssinia 3 = AB3.  PJS Cramer, a Dutch plant researcher, introduced this variety in 1928, supposedly from Ethiopia seed stock. It was More, East Timor

Hibrido de Timor abbreviated HdT is the interspecies hybrid of C. Arabica and C. Canephora (Robusta) that was found in Timor Leste in the 1940s. It has been the bases of plant breeding for disease More and Papua New GuineaPapua New Guinea (PNG) occupies the eastern half of the island it shares with the Indonesian province of Irian Jaya, part of Indonesia. The two primary areas for coffee production can be grouped roughly as More. The cup has traces of the earthyEarthy is a flavor term with some ambivalence, used positively in some cases, negatively in others.: Sumatra coffees can have a positive earthy flavor, sometimes described as “wet earth” or “humus” or “forest” flavors. But More Indonesian island character, but only in the background. It is a classic, clean cupClean cup refers to a coffee free of taints and defects. It does not imply sanitary cleanliness, or that coffees that are not clean (which are dirty) are unsanitary. It refers to the flavors, specifically More, with great bodyAssociated with and sensed by mouthfeel, body is sense of weight and thickness of the brew, caused by the percentage of soluble solids in the cup, including all organic compounds that are extracted from brewing More and mildness.

In terms of island history, the colonial phase came late for BaliCoffee from the Indonesian island of Bali was formerly sold mainly to the Japanese market. Perhaps it is the changing face of world economics that finds the first exports of Balinese coffee arriving under exclusive More. Though the Dutch were there back in the 1850’s, an important event in the of history of Bali is the landing of Dutch troops at Sanur beach in the year 1900.

This led to the complete conquering of the island by the Dutch and the defeat and ritual suicide of some of the most prominent princely families.

After the Japanese occupation during the Second World War from 1939 to 1945, Bali became a province of Indonesia

USDA is (obviously) the United States Department of Agriculture. USDA also had coffee plant breeding programs in the past and one variety they distributed to Indonesia and was widely planted is called USDA  (sounds like  More, but managed to maintain a separate, specifically Balinese culture. For instance, the dominant religion in most parts of Indonesia is Islam, whereas in Bali it is Hinduism.

Geographically Bali is dominated by a number of volcanic mountains in the center of the island. The most active one of them is Gunung Agung whose violent eruption in 1963 killed a large number of people and caused a lot of devastation in the eastern areas. The island is ringed by coral reefs; the beaches in the south have white sand, the beaches in the east and north have black (volcanic) sand. Bali has a population of around 3 million.

The predominant form of agriculture is wet-rice cultivation, but there are also large fruit plantations in the east of Bali, as well as corn fields and coffee plantations.

The majority of the population is still made up of farmers, but tourism and associated businesses (such as manufacture and sales of souvenirs, etc.) are becoming more and more important.

You should know that the economic circumstances and the standard of living for a good portion of the Balinese population are quite modest, and that a lot of people are, even by Indonesian standards, actually very poor. Known as a “paradise” to outsiders, the experience in the less touristy part of this edenic land is quite different.

Bali Articles in Our Coffee Library 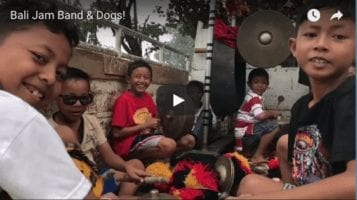 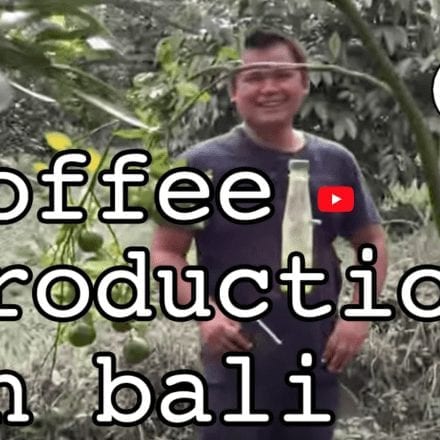