Panama coffee is well known for quality these days. It wasn't always that way...

Coffee from PanamaPanama coffee ranges from medium quality lower altitude farms to those at 1600 – 1800 meters centered in the area of Boquete in the Chirqui district near the border with Costa Rica. Some farms feature More was once overlooked and underrated among the Central American coffee-producing nations. Costa RicaCosta Rican coffee is typically very clean, sweet, with lots of floral accents. hey are prized for their high notes: bright citrus or berry-like flavors in the acidity, with distinct nut-to-chocolate roasty flavors.: Can a More and GuatemalaGuatemalan coffee is considered a top quality coffee producer in Central America. Due to our proximity to Guatemala, some of the nicest coffees from this origin come to the United States. : Guatemalan growing regions More were well-recognized in the US and Europe. But the buyers in the coffee trade new that coffees from Chiriqui district in Panama, including those centered on the small town of Boquete, were every bit as good in the cup!

The old ignorance about Panama coffee quality was changed, in part by the Best of Panama competition which attracting global competition for the best lots and garnering spectacular prices. The GeshaGesha is a long-bean Ethiopia selection with unique cup character.: Gesha (often wishfully misspelled as Geisha) is a long-bean Ethiopia cultivar selection with unique cup character. It is most famously grown on the Jaramillo plot More cultivar

USDA is (obviously) the United States Department of Agriculture. USDA also had coffee plant breeding programs in the past and one variety they distributed to Indonesia and was widely planted is called USDA  (sounds like  More, with its floral

Floral notes in coffee exemplify the connection between taste and smell. Describing the taste of a specific flower is near impossible…we always default to “it tastes like it smells” which, admittedly, isn’t the most helpful.  More top notes, has also lavished heaps of attention in general on Panama coffee production.

PanamaPanama coffee ranges from medium quality lower altitude farms to those at 1600 – 1800 meters centered in the area of Boquete in the Chirqui district near the border with Costa Rica. Some farms feature More coffees from higher altitudes are brightly toned, with clean fruitedIn some coffee taster’s lexicon, “fruity” means the coffee is tainted with fruit, and “fruited” means a coffee is graced by positive fruit notes. We don’t exactly see the difference in terms of these two More notes and sometimes floral

Floral notes in coffee exemplify the connection between taste and smell. Describing the taste of a specific flower is near impossible…we always default to “it tastes like it smells” which, admittedly, isn’t the most helpful.  More aromatics. Lesser Panama coffees are quite different, and had been a staple of higher-end commercial roasters and lower-end specialty roasters. Ineed there are still many lower-grown Panamas but in all parts of the country, an influx of land investment has lessened the acreage planted in coffee.

Generally the better coffees come from the Boquete and Volcan coffees from the Chirqui district, ones from small family-owned farms that produce the unique coffees. They employ N’gobe Indians for the picking season, who will come to the coffee farms to work under some of the better wage standards and labor laws in Central America, I’m told.

As investment money came in and the expat/retiree population boomed, it affected the coffee sector in several ways. Farms were sold to foreign investors from ColombiaColombian coffee is highly marketed and widely available in the US. They have been largely successful at equating the name Colombian Coffee with “Good” Coffee. This is half-true. Colombian can be very balanced, with good More, Venezuela and North America. Land values skyrocketed as retirees from the US sought the lower cost of living, warmer climate and the beauty of the Chirqui area. Conveniences abounded: big box stores nearby in the town of David, the prospect of having a fancy home with a maid and a gardener, and fixed incomes covering medical care to a greater extent, with top doctors in Panama City.

It is no longer the place I visited over a decade ago, and the pressure on labor and land values have made coffee farming even more difficult. And somehow producing good, clean, wet-processed coffee was not enough. Farmers chasing the “Gesha rainbow” have tried all kinds of varietals and processes to attract more attention to their coffee, and they look for prices of 5-20 times that of a solid wet-processed coffee.

In this spasm of competition and diverging ideas of what a “good” coffee is, I think there has been some tarnishing of the Panama star. But great coffee continues to be produced in Panama by some of the most knowledgeable farmers in Central America. Many have the advantage of strong US contacts, family in the States, US university education and flawless English. One wishes they could share their knowledge with other coffee farmers in Central America who lack these advantages.

For some rather dated background material on Panama coffees, go can way back to the 2002 Panama Cupping

Cupping is a method of tasting coffee by steeping grounds in separate cups for discrete amounts of ground coffee, to reveal good flavors and defects to their fullest. It has formal elements and methodology in More Competition; also see my slide show of the 2003 cupping. We have a page about the #1 2004 coffee, Jaramillo Especial, and a page about the 2004 Cupping. And the January 2006 crop visit to check our small lot coffee and visit the GeshaGesha is a long-bean Ethiopia selection with unique cup character.: Gesha (often wishfully misspelled as Geisha) is a long-bean Ethiopia cultivar selection with unique cup character. It is most famously grown on the Jaramillo plot More trees at HaciendaHacienda is used to imply an Estate that has a full processing facility (wet mill): Sometimes the term Hacienda is used to imply an Estate, which would mean the farm has its own wet-mill. A More La Esmeralda. Also see my April 2006 Best of Panama competition trip.

See our current selection of Panama Coffee at Sweet Maria’s.

COUNTRY Articles in Our Coffee Library 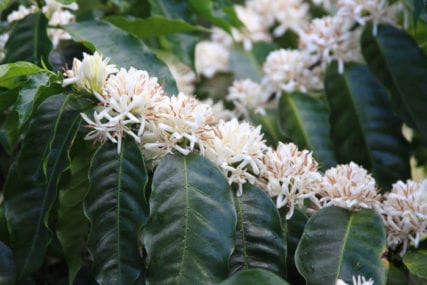 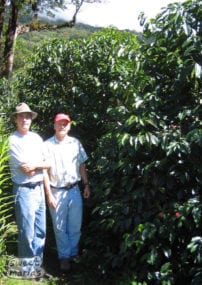 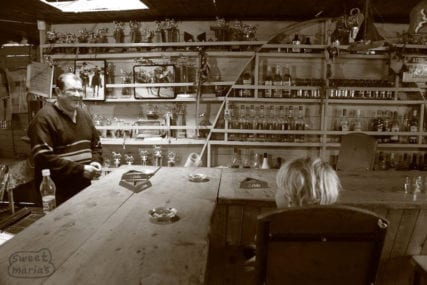 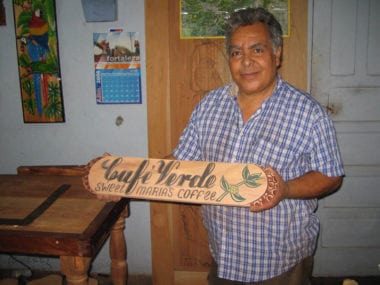 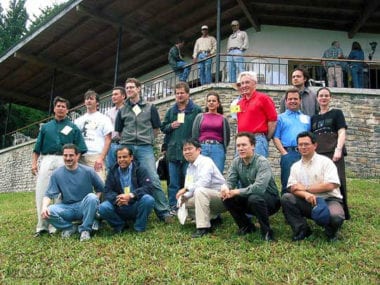 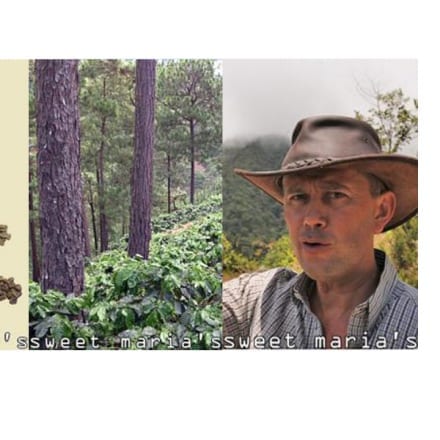 New lots from Panama and Honduras plus an XL Indonesia Sampler

Panama and Colombia lots have arrived, along with a new Kenya, and a custom Decaf

See our current selection of Panama Coffee at Sweet Maria’s.